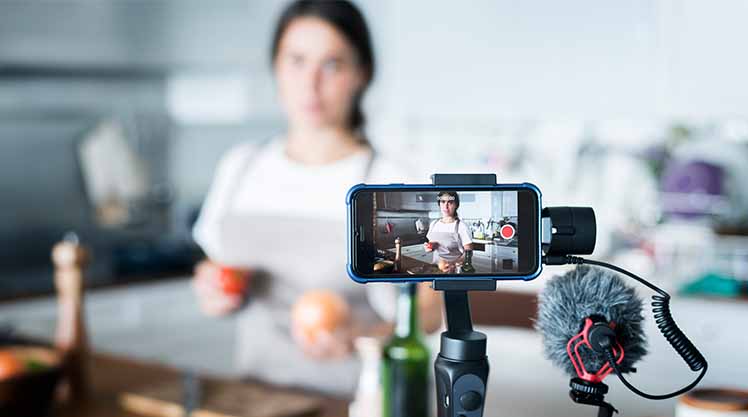 Traditional business dynamics have profusely changed. More and more businesses now ensue social media marketing as their foremost strategy; which is not only to sell but to potentially reach a wider customer base and audience. However, digitization has evolved and has now spurred a genre of business leaders which are known as ‘modern entrepreneurs’. They are basically the influencers that can actually build up your brand and develop a better yet responsive audience. Besides this, traditional entrepreneurs have to reinvent themselves, because pertaining to the current situation, influencers have taken over the economy.

Basically, social media influencers have a strong fan following. By this, we mean people who actually believe and trust them fully. Many influencers also called modern entrepreneurs usually start their journey by showcasing products bought from their own money which is basically the first step towards building a staunch follower base. This isn’t it, influencers also gain trust and loyalty by speaking about their own experiences be it personal or any other relatable topic; letting your feelings out is the anthem of the modern era. But behold, not every social media influencer is an entrepreneur, here is how you can differentiate:

The entrepreneur is a wholesome term. They are characterized by qualities such as risk-taker, innovative, and visionary. They often conduct market analysis as the first step to come up with a product or service that will fulfill a need. But what an influencer does, affects consumer behavior through social media. So, if you combine both, you get a powerhouse to develop a much bigger influence and impact. Basically, traditional entrepreneurs can employ influencers to form more close and personal relationships with potential customers.

A traditional entrepreneur basically has to raise capital to invest in the business. There are startup costs, procurement, inventory, running expenses that have to be borne by the entrepreneur initially until the business is up and running. Whereas, all modern entrepreneurs (influencers) need are social media accounts and a mobile phone; which has now become a necessity. Moreover, influencers do not have to spend huge amounts of money.

Entrepreneurs initially have to set up a foundation for their brand. And that literally means brick by brick. They build their brand value over time with most efforts promulgated towards differentiating themselves from the competition. This also includes building a customer base from scratch and keeping them engaged with better services and product development. This is the same thing for influencers as well. They have to build their brand as well as nurture their personality with it. Gaining followers isn’t easy and at the same time setting yourself apart is time-consuming yet rewarding in the longer run.

Entrepreneurs make money the traditional way which is basically marketing your product and then selling it. However, it isn’t as easy as it sounds but the flow is more or less the same. For influencers gaining followers may be taxing but when they have a huge base to influence, most companies employ them which then enables a steady flow of income. Social media influencers can easily enter several partnerships to help sustain their following and indirectly influence customers to buy products.

Seemingly, influencers have created their own space in the economy. With unique talents and forming close relationships with followers, they are ingeniously boosting the economy and impacting people besides the confines of their local market.

These 4 business ideas will take precedence in 2020!

MARO Tandoor, how it was just a project but now a leading eatery in Lahore

Continental and Desi Eateries: Restaurants in In Islamabad