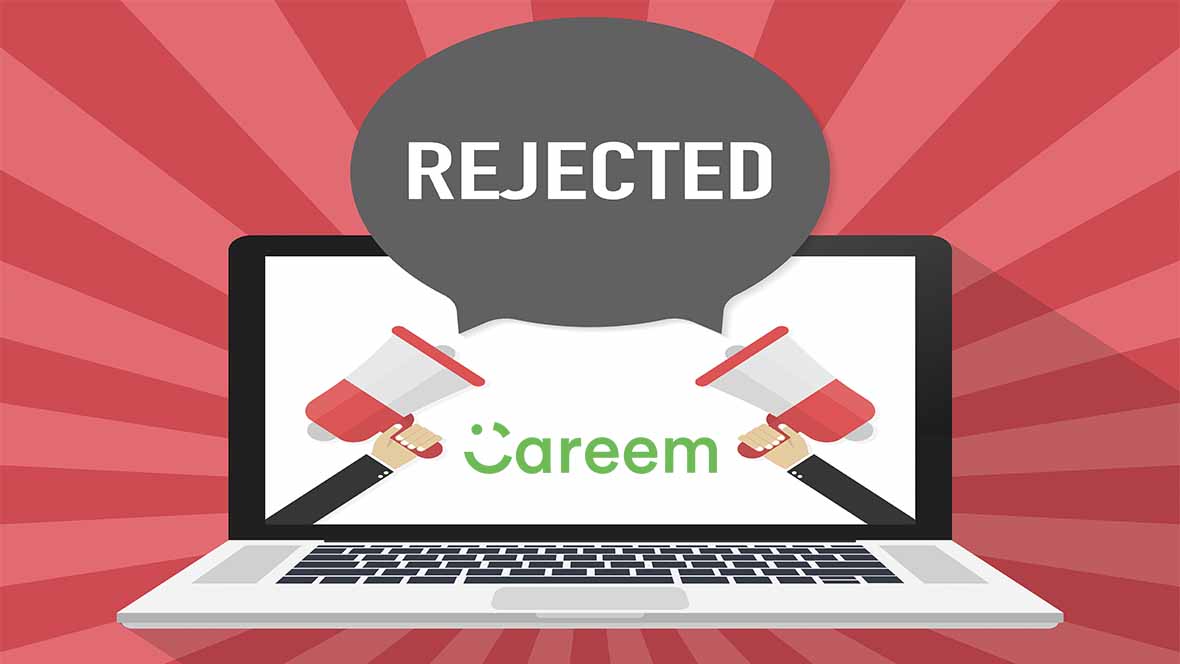 A potential candidate posts the job rejection email response received by Careem. The vehicle hire company with operations in over 100 countries spanning across the world takes out time and sends a fully detailed rejection letter. Usually what happens is, a candidate whose resume or CV is rejected for any reason is left rather wondering for weeks to come. This is rather disconcerting, to say the least. A candidate, if rejected, needs to know the status in order to move forward and pursue other options. However, if your company follows the same suit, now is the time to learn a thing or two from the vehicle hire company.

Careem Addressed the Candidate Looking for a Job

In the letter addressed to “Yasmin Abu Diab” the company at the start of the letter explained a viable reason. Which is reorganization due to a change in strategy and unfortunately the role Diab had applied for had to be put on hold. They also appreciated not only her but the whole pool of candidates and the quality of interviews/discussions that pursue subsequently. The best part, however, was the last paragraph where, the Talent Acquisition Team, informs her to be extremely proud and the fact that she has made it so far. Also, if the role is live again they will definitely contact her.

In the end, they mention being in contact with the candidate and connect over future possibilities. The rejection letter had the right elements in place. They explain why the company cannot hire her for now. Also, they included elements that reverberated empathy and gave it a personalized touch. This is the right way to word rejection. It makes it easier for the candidate to hear the news and keeps them motivated to pursue future endeavors.

Remaining positive and empathetic is the key. Companies need to be more upfront and lookout for ways to stay connected with emotions and people. Pertaining to Careem they could have gone down the negative path of ‘ignorance’ but they decided to choose a more empathetic yet positive way. Below is how Careem responded back to the applicant post on LinkedIn.

Here is the detailed job rejection email response by Careem to the Applicant: Has the internet led to a brand-identity crisis?