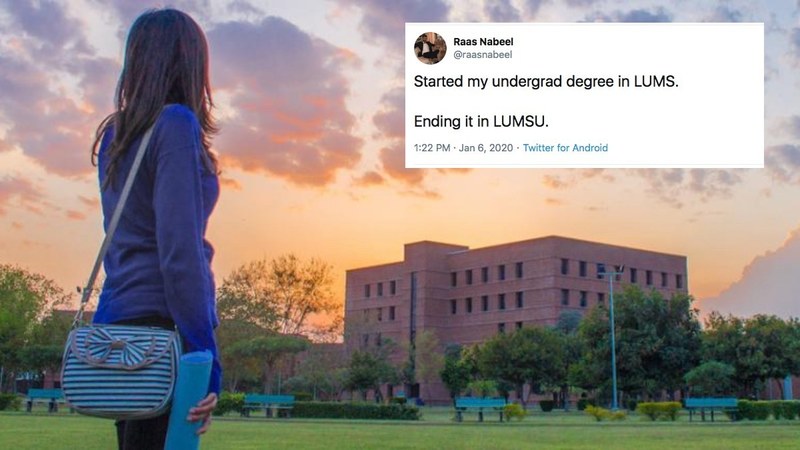 LUMS plans to rebrand itself as LUMSU goes awry on Twitter

We all know Lahore University of Management Sciences (LUMS) and National University of Science and Technology (NUST) are two of the most leading universities of Pakistan. LUMS is known for its business school whereas NUST has a local as well as international ranking. However, LUMS rebranding its self comes as a surprise to many. As reported LUMS will now be known as LUMSU which is Lahore University of Management Sciences and University. Confused right? We all are. Others have reported that LUMS will now be known as LUMS University.

The abbreviation LUMSU has taken social media by storm. Many memes have since emerged making fun of the whole new rebranding move. Many have asked LUMS to fire their branding team as well. Others have taken to Twitter as a way to express their honest opinions. Some of which includes:

LUMS students have shown utter disappointment for the rebranding:

Woke up to an admin email that says LUMS is no longer an acronym. The university is now formally called LUMS University (i guess on account of it being way more than just a place for people to study management)

Others have been plain savage:

In conclusion, the news has left people speechless. People on Twitter have also reported that the faculty members will be resigning once the rebranding finalizes. Going to the extreme over a name might not be the right move. But can we blame them? 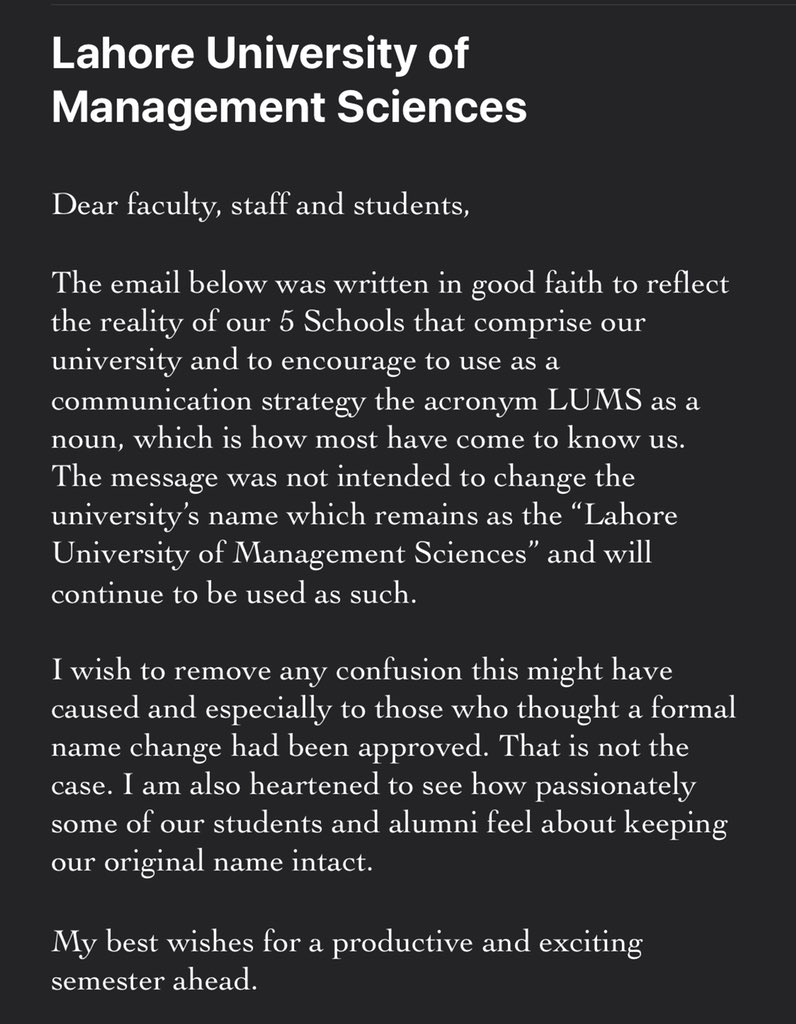