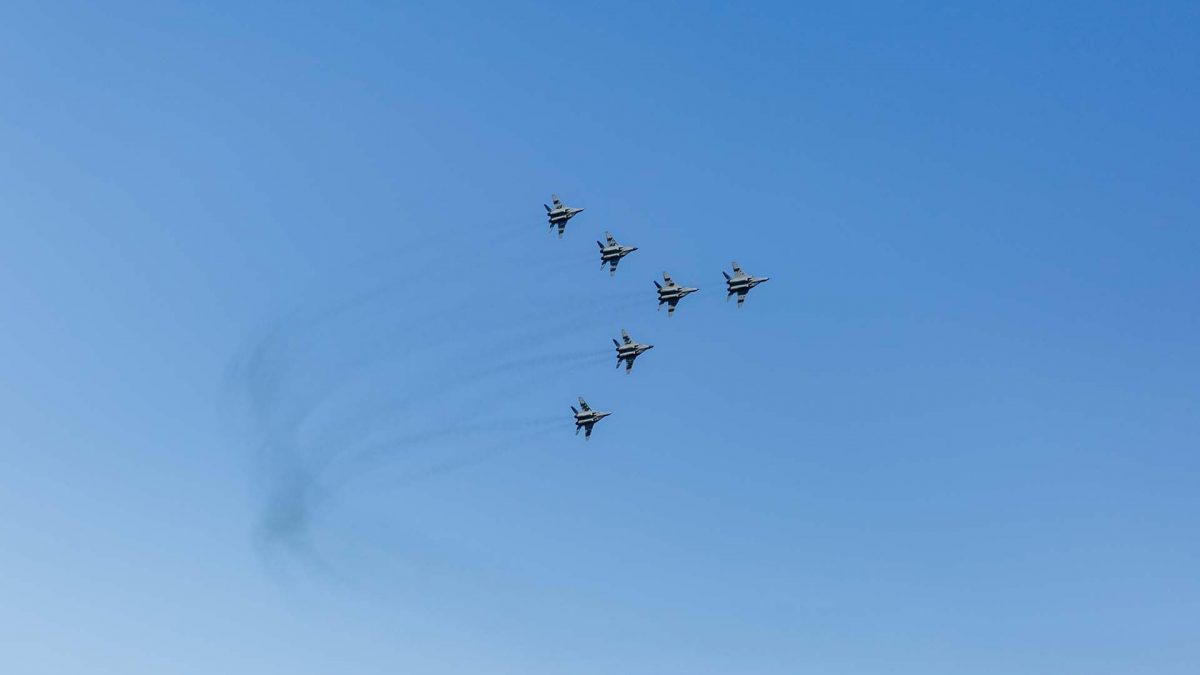 On February 27, 2019, Pakistan Air Force showed their enemies and the whole world that how professional they are. IAF Conducted Air Strike on 26 of February in Balakot, due to which few trees were damaged without any life loss. The next day on 27 of February PAF gave a surprise (Operation Swift Retort) to IAF by entering the Disputed Territory of Jammu and Kashmir and destroy their two Fighter Jets Mikoyan-Gurevich MiG-21 and Sukhoi Su-30MKI.

IAF’s false claim about destroying militant camps is denied by the whole world because they have no evidence of any bloodshed, Pakistan allows all ambassadors, defense attaches, United Nations Military Observers in Pakistan and civilian or military representatives from India to visit there. IAF also claims wrong that they destroy one of PAF F-16 because they always prefer to lie with their Nation.

Under pressure or misuse of the Israeli Spider Air Defense System, IAF shoots their own helicopter Mil Mi-17 killing people on board and on the ground. This shows how unprofessional IAF in front of PAF, they even not know where is their enemy.

Pakistan JF-17 Thunders present themselves in front of the world that how high-level technology they have to give real damage to enemies. PAF shows IAF that they never miss their targets when they are on their missions.

PAF Jets conducted Six Air Strikes on Non-Military Targets to tell their enemy that they are in their territory and they are capable of giving huge damage to their Military Bases. In a fight IAF two jets destroyed and one of them fall in Azad Kashmir which is handling by Abhinandan Varthaman, who is well treated by civil people and then in hands of the Pakistan Army, they give them a cup of tea later about which Abhinandan says: “The Tea is Fantastic”.

The Royal Couple visit to Pakistan: Prince William and Kate

Coronavirus (COVID-19) – Everything you need to know about it!